Tom is a leading figure in the Time-Lapse film making world. His recent film Timescapes (due out in 2012) looks like it will be a massive hit. Tom has (and continues) to inspire many photographers/videographers to try their hand at time-lapse…including myself.

Terje has been published many times in some of the world biggest press and media outlets. He is probably most well known for the unique photos of the Iceland volcano Eyjafjallajokull, which erupted in 2010.

In addition to being an amazing landscape photographer, Terje has received enormous success with his time-lapse movies; “The Arctic Light”, “The Aurora” and “The Mountain”.

Ben is a professional night photographer and Time Lapse specialist at Uncage The Soul Video Productions in Portland Oregon. If you are interested in shooting stars, Ben is the man to help guide you in your quest. 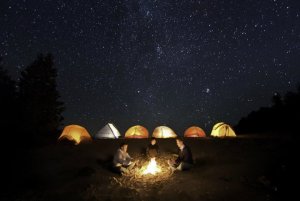 Leave a comment, ask me a question or just say Hi :-) Cancel reply